On the banks of River Vagai, Madurai, an ancient city of India in the state of Tamil Nadu with rich culture and traditions and high religious importance, is a place to visit. Boasting of some of the finest examples of architecture, a wide array of sightseeing places, surrounded by scenic beauty and spiritual environment, a tour to Madurai city presents an enchanting travel experience to every visitor. Once in Madurai there are many places to see. Here are a few places to visit in Madurai. 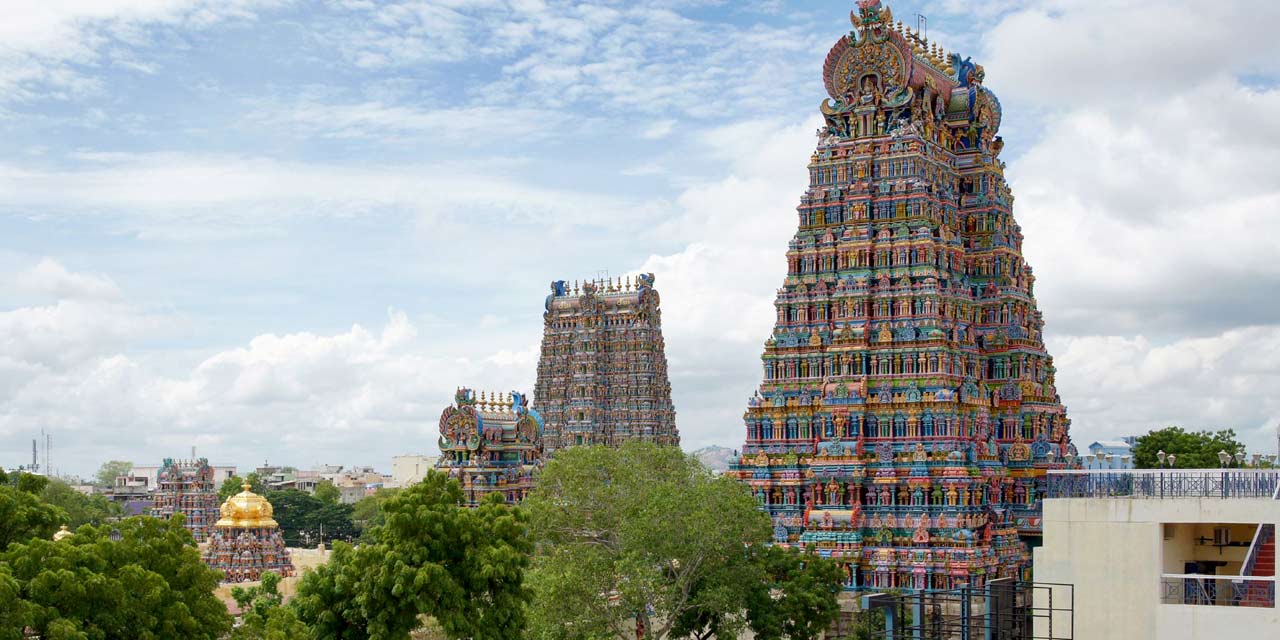 Also known as Meenakshi Sundareswarar temple, this temple is one of the most prominent shrines in India. Being one of the oldest temples of India, it is not only religiously significant but also presents an excellent example of Dravidian architecture. It is devoted to Lord Sundareswarar and his divine consort Goddess Meenakshi. Built during the Pandyan reign, this temple has seen various contributions from rulers of other dynasties as well. Its intricate carvings and majestic structures mesmerises everyone while its spiritual aura and associated legends enthral every devotee who come here to offer prayers. 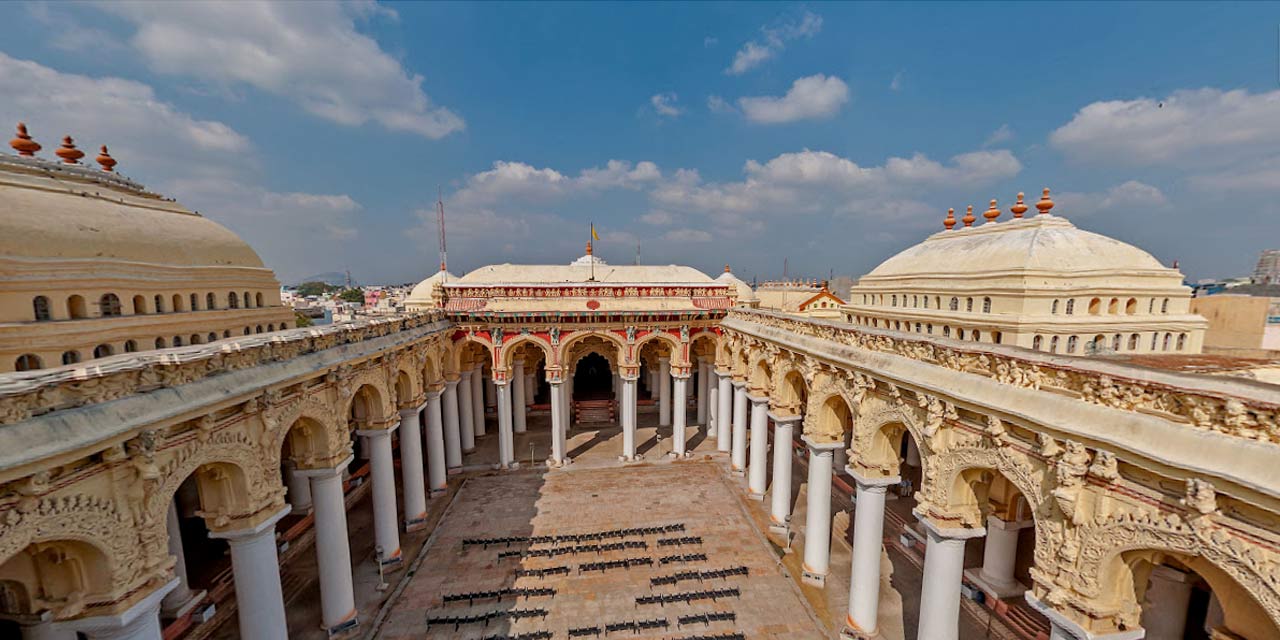 Built in 1635 during the reign of King Thirumalai Nayak as his residence, this palace presents a beautiful amalgamation of Dravidian and Islamic architectural styles. Built by an Italian architect, this palace is worth exploring, especially by those who like history and architecture. It has been later renovated in 1866-1872. Sound and light show which is conducted every evening at this palace is worth watching. after being restored in various phases, it is under the maintenance of Tamil Nadu Archaeological Department. 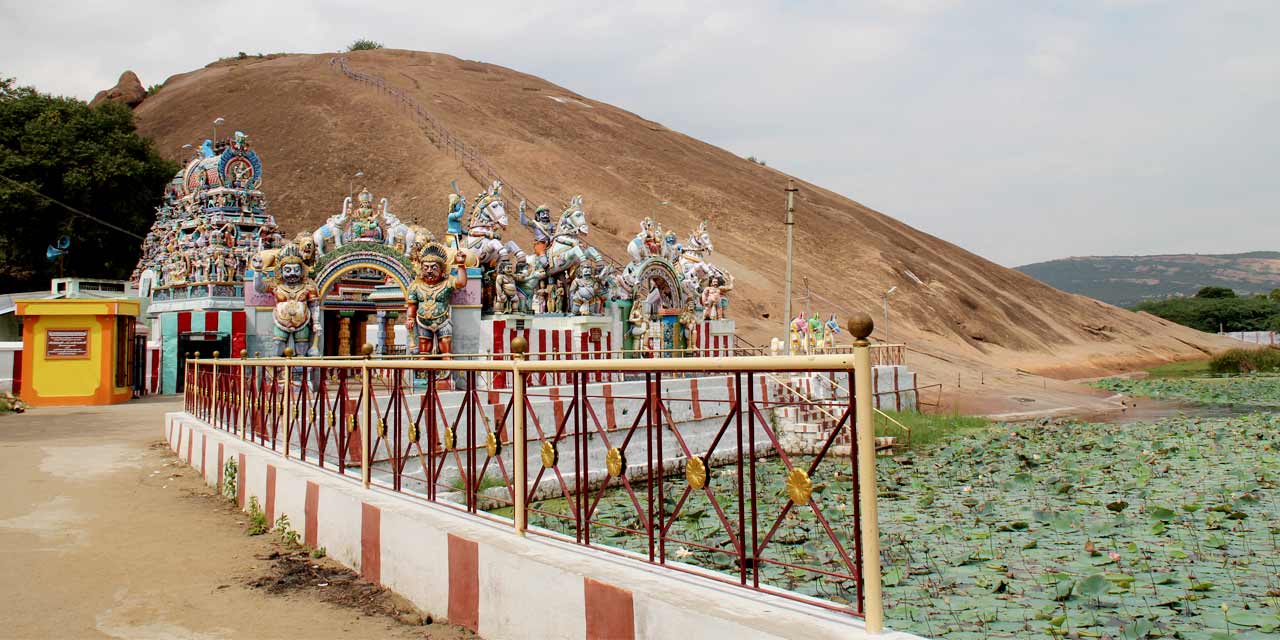 At a distance of 12 km from Madurai, Samanar Hills is located in Keelakuyilkudi village. It has been declared as protected monument by the Archaeological Survey of India. This hill has rich historical and religious associations dating back to 1st century A.D. Some of the inscriptions on the rocks here depict presence Jain monks here, who are said to have stayed here in the caves. Along with religious association, Samanar hills are also popular for its mesmerising scenic. 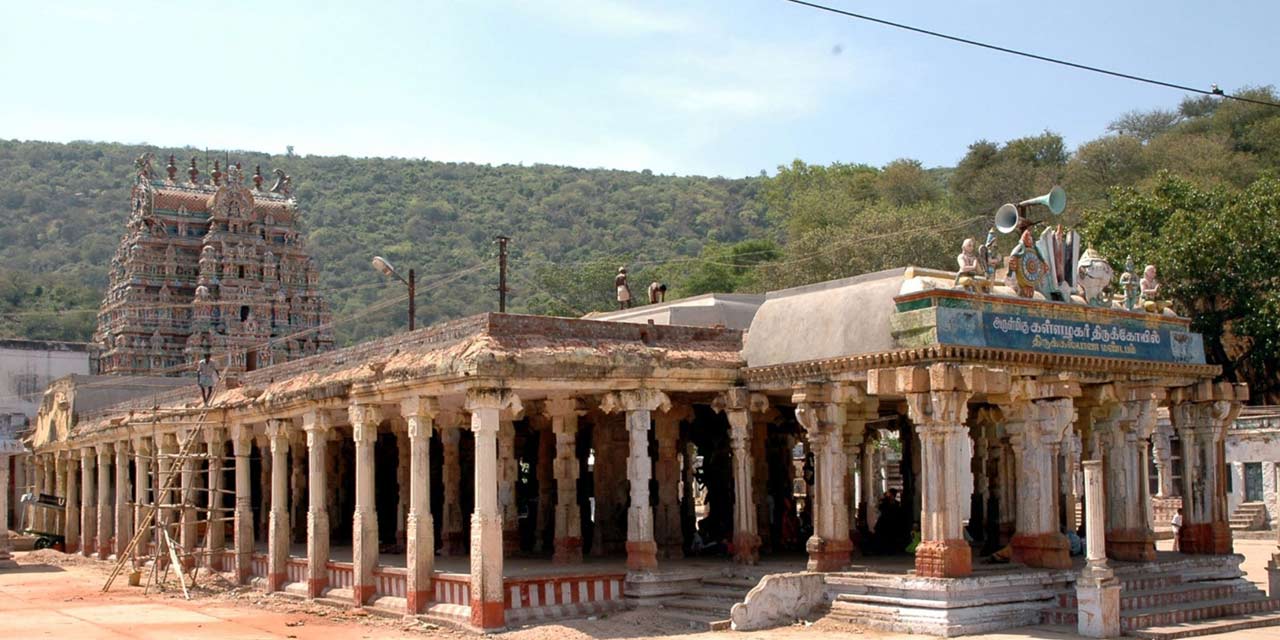 Located 21 km from Madurai city at the foothills of Alagar Hills, Alagar Koyil Temple is another masterpiece to be visited on a tour to Madurai. Dedicated to Lord Vishnu, this captivating temple has historical as well as religious high significance. Dating back to Sangam Period, it is said to be often visited by Pandyan king Malayadwaja Pandyan. Some of the additions to this temple were done during reign of Nayak Kings. 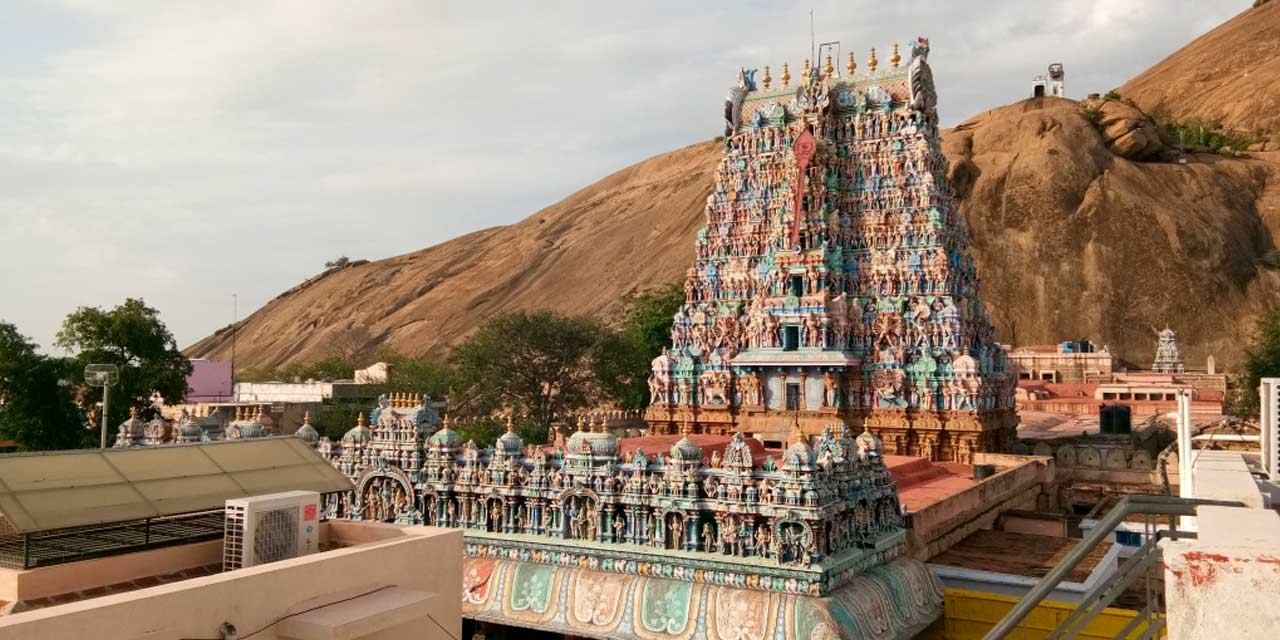 This temple is an arupadaiveedu, which means one of the six important temple dedicated Lord Murugan. Carved out of a mountain this temple presents alluring beauty. It is said to be built during Pandyan reign in the 8th century. There are also separate shrines for Lord Shiva, Lord Vinayaka, Lord Vishnu, goddess Durga and many other deities. While visiting this temple, devotees can also visit theertham such as Sanyasi Kinaru, Kasi Sunai, Sathiya Koopam, Saravana Poigai and Lakshmi Theertham. 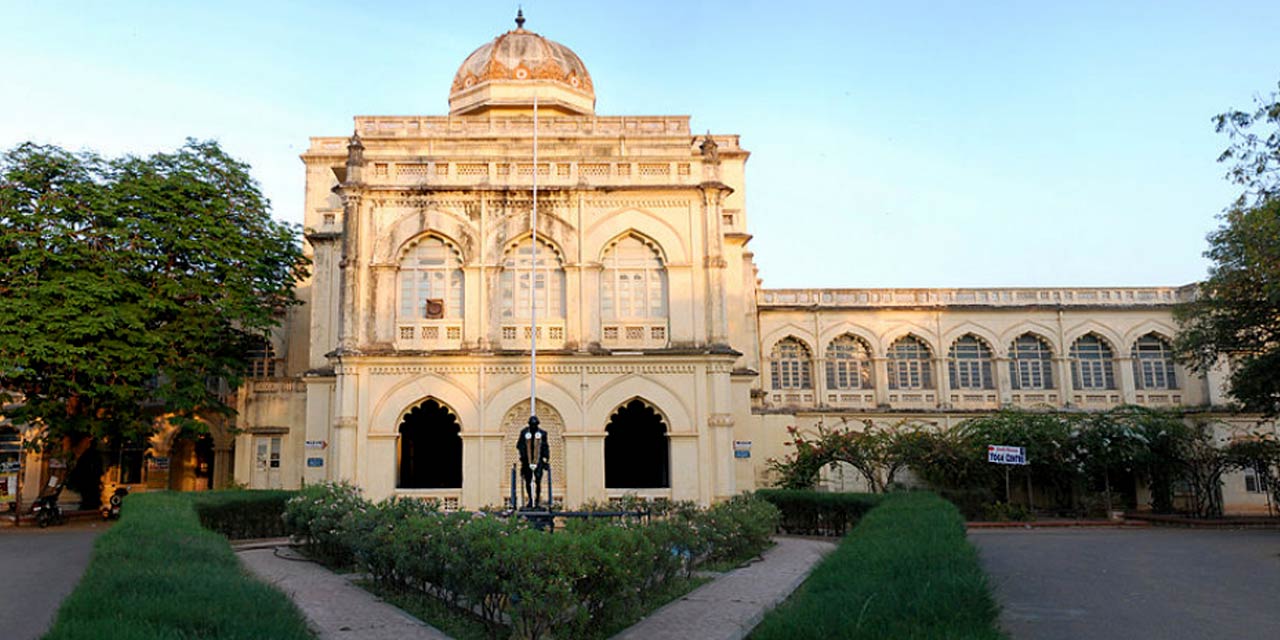 This museum was originally a palace of Rani Mangammal from Naick dynasty which was built in 1670 A.D. This majestic palace was given to All India Gandhi Smarak Nidhi by the Government of Tamil Nadu for the purpose of building Gandhi Memorial Museum. Spread over 13 acres of land, this museum is consisted of many souvenirs which present a glimpse into the life of Mahatma Gandhi and various historical significant events. A wide range of activities are also conducted here on regular basis. 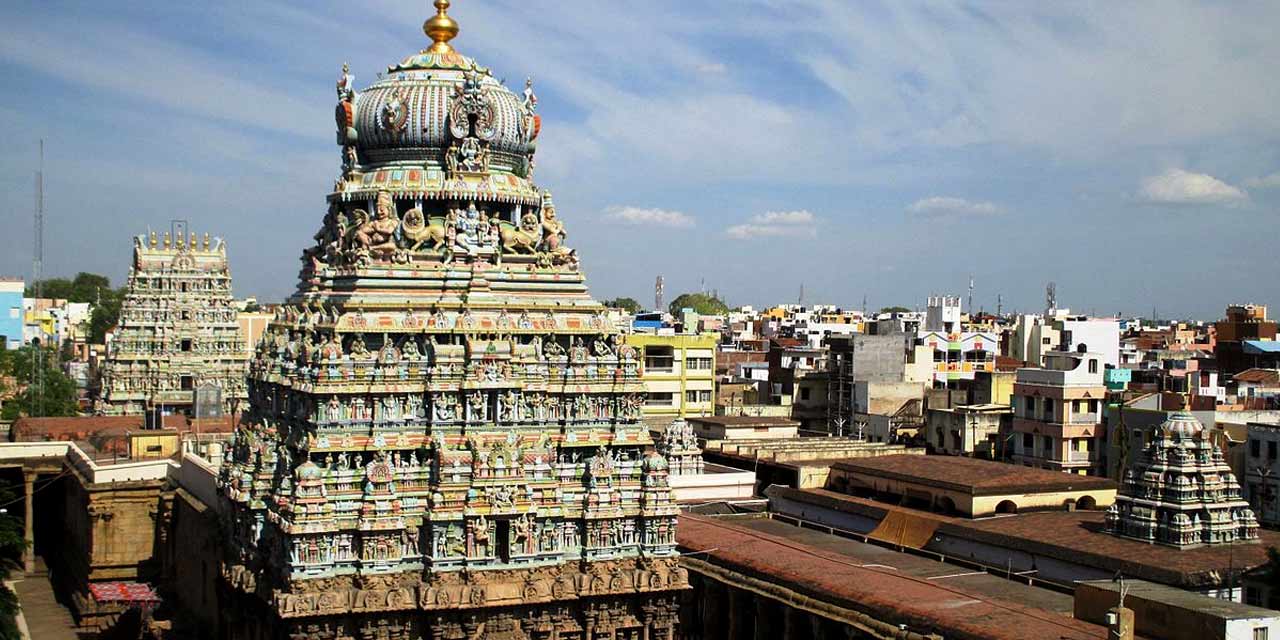 Located in the centre of Madurai city, this temple is another popular shrine here. It is said to be one of the 108 holy abodes of Lord Vishnu. The main deity of this temple is Lord Koodal Azhagar. There is also a shrine of lord’s consort Goddess Madhuravalli. Built during Pandyan reign, it was later on renovated during the Nayak reign and rule of Vijayanagar Dynasty. What makes this temple even more significant is the mention of Koodal Alagar in the Hindu ancient text Brahmanda Purana. 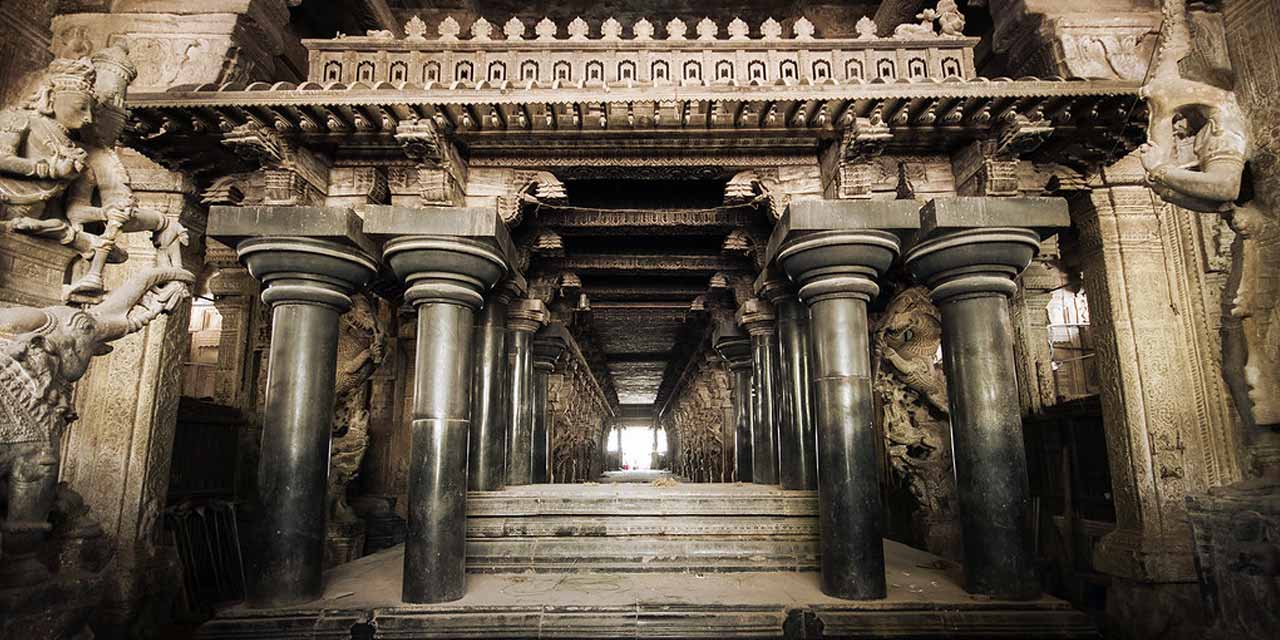 Built by King Thirumalai Nayakkar in 1635 as a summer abode for Lord Sundareswarar and Goddess Meenakshi, Puthu Mandapam is located towards the eastern side of Meenakshi Temple. With a captivating architecture, this place was used as a venue for temple festivals such as Avani Moolam, float festival and many others. Now a lively complex with innumerable shops, it is also used for hosting important temple festivals. This place is a must visit. 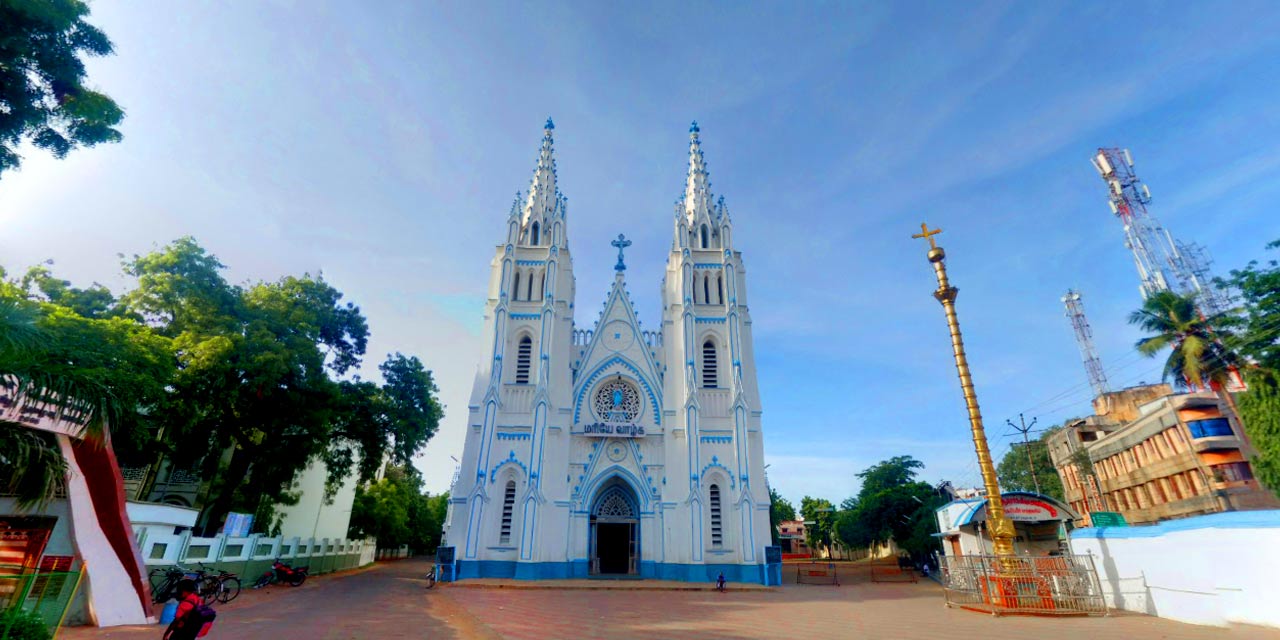 Built in 1841 by Fr. Garnier, this church was initially a small chapel which was later expanded in 1916. Also known as Church of Our Lady of Dolours, it was given the status of a cathedral in 1969 by Madurai Diocese. A popular church of Tamil Nadu, it attracts visitors with its magnificent structure too, which is a beautiful blend of European, Continental and Roman style of architecture. Majestic towers of around 42 meters of height, bells and facade are a few of its captivating features. 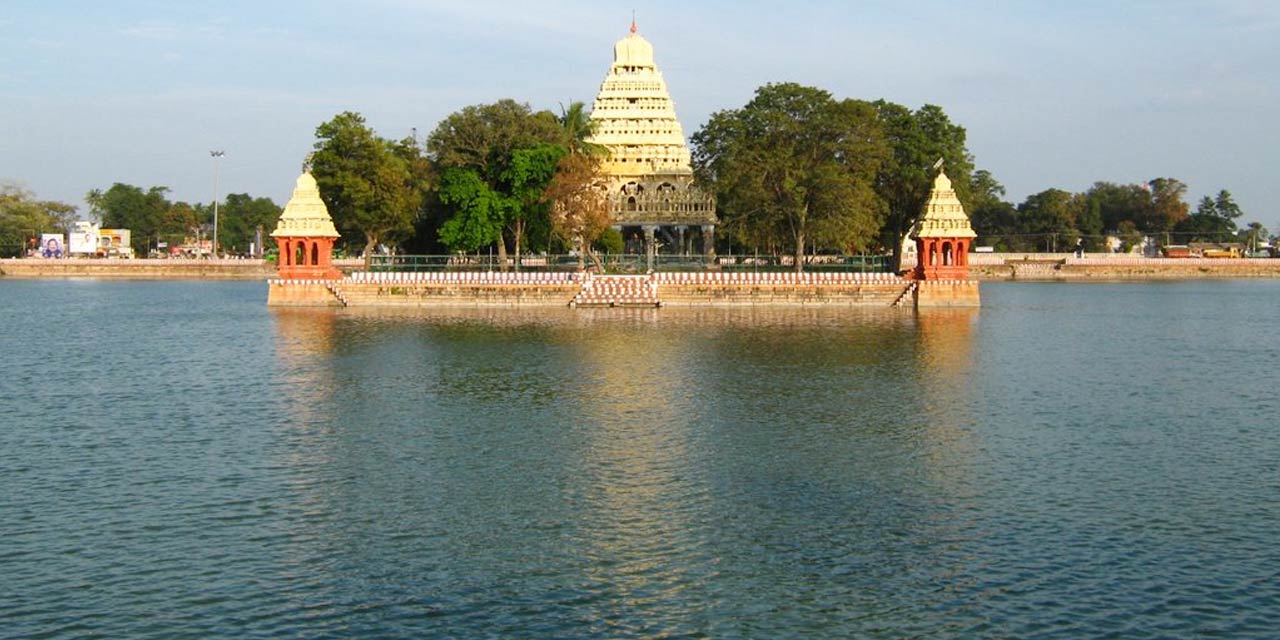 At a distance of only 2 km from Meenakshi temple, it is a temple pond associated with Vandiyur Mariamman Temple. Built in 1645 during the rule of Thirumalai Nayak, it was built with a temple in the middle which is dedicated to Lord Ganesha. Granite steps surround this pond from all the four sides. This holy tank is considered to be one of the largest temple tanks in the country. 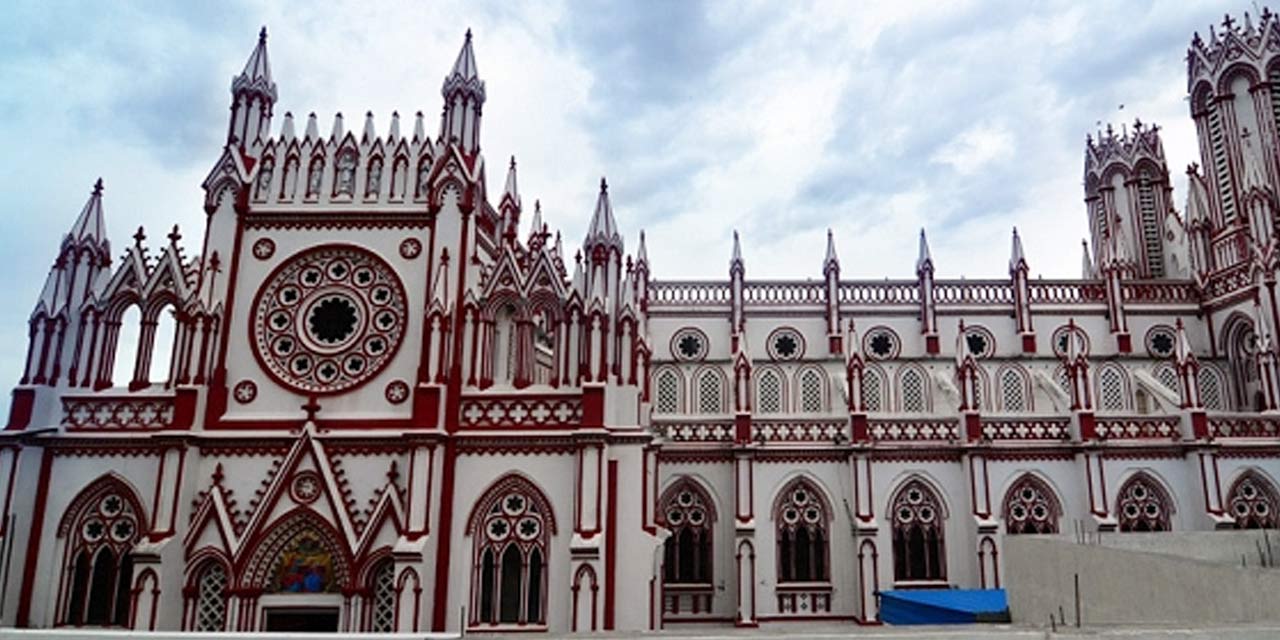 Located at a distance of 39 km from Madurai in the village named Idaikattur, this church is another famous shrine to visit. Church of Sacred heart of Jesus, popularly called as Idaikattur Church was built in 1894 by Fr. Ferdinand Celle SJ, who was a French missionary. This church is built in the same way as Rheims Cathedral of France, presenting a prominent architecture. Situated at a distance of about 25 km away from Madurai, this temple is also an Arupadaiveedu, one of the six abodes of Lord Muruga. In Pazhamudhir Solai, Lord Muruga is shown with his consorts Goddess Valli and Deivayanai. This temple is known not only for its religious importance but also for the mesmerizing scenic beauty around. Devotees can visit another important shrine of Lord Vishnu Azhagar Kovil while visiting this temple as both are located nearby. Built in 13th Century, this mosque is first Islamic place of worship in Madurai. It was built by Hazrat Kazi Syed Tajuddin, who was a descendant of Prophet Muhammad when he has visited Madurai. The land on which this mosque was built was given to him by Pandyan King Kulasekara. This mosque also has Maqbara of many prominent Hazrats of Madurai such as Hazrat Syed Abdus Salaam Ibrahim Rahmatullahi Alaihim, Hazrat Meer Amjad Ibrahim and others. At a distance of 12 km from Madurai, dedicated to Lord Vishnu, this temple is one of 108 divya desams. Here the lord is worshipped as Neelamega Perumal with his divine consort Thirukannapuram Nayagi (Goddess Lakshmi). This temple was built during Pandyan Dynasty under the rule of King Sadaiya Varman Sundara Pandyan. One can find mention of this temple in many ancient Hindu texts as well. It is shrine worth visiting.